Appointment of the first Director General of OCP, Alfred Beaugé

Alfred Beaugé was personally chosen by Lyautey. A graduate of Ecole Polytechnique, he already had a long experience as an administrator in the phosphate mines of the Compagnie des Phosphates de Gafsa in Tunisia. He did not actually take up his position until a year later. The interim was ensured by André Delpit, Director of Public Works of the protectorate. 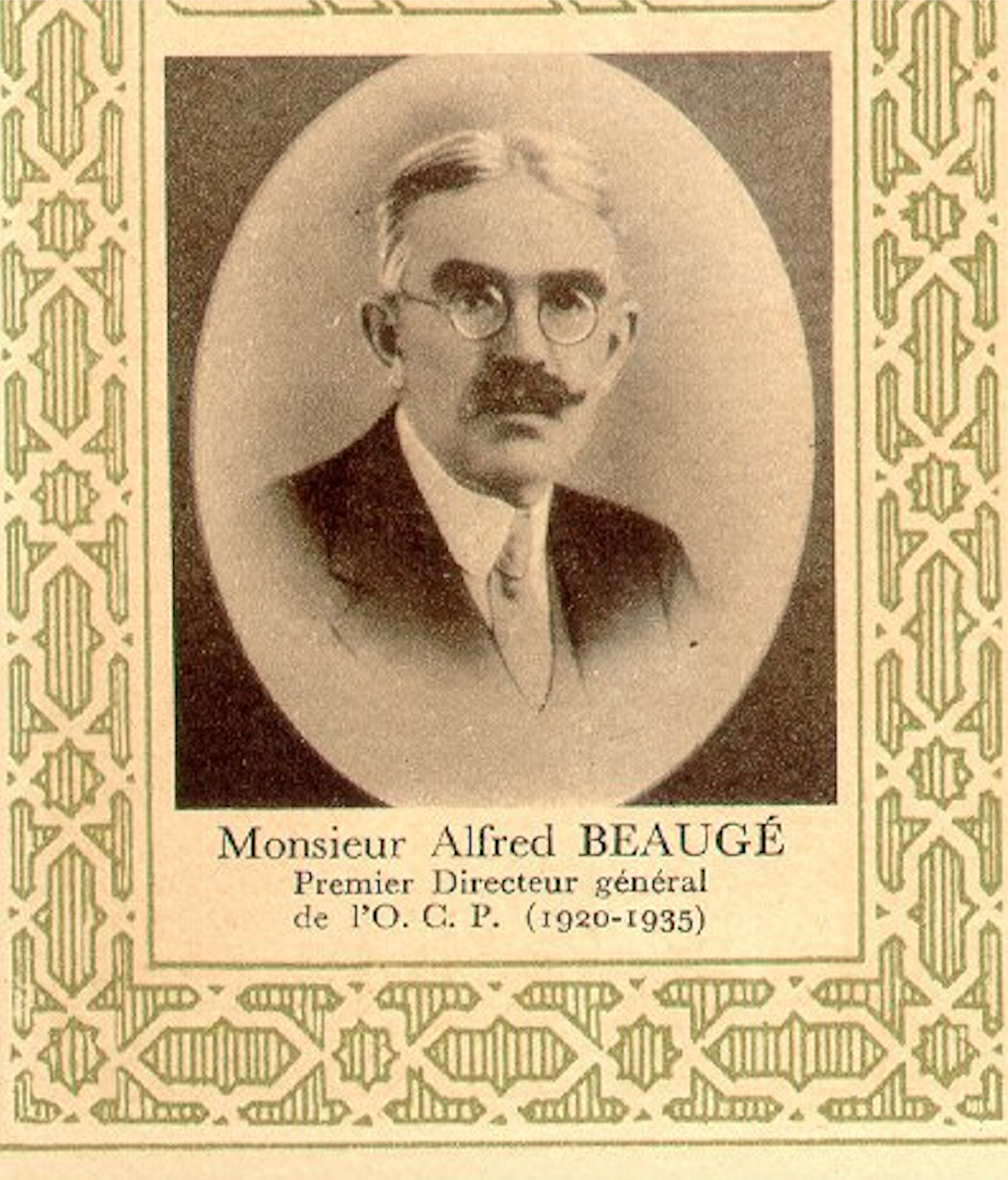