First strike of the Moroccan staff of OCP

The June 1936 strikes continued and now gave impetus to the movement of Moroccan workers who demanded an increase from 1 franc to 2.50 francs. The demonstrations started on January 19, 1937 and resulted in violence leading to approximately sixty arrests. The general management did not want to hear of any trade union representation in favor of the Moroccan workers, but in spite of everything, certain measures were taken in favour of the "indigenous staff." 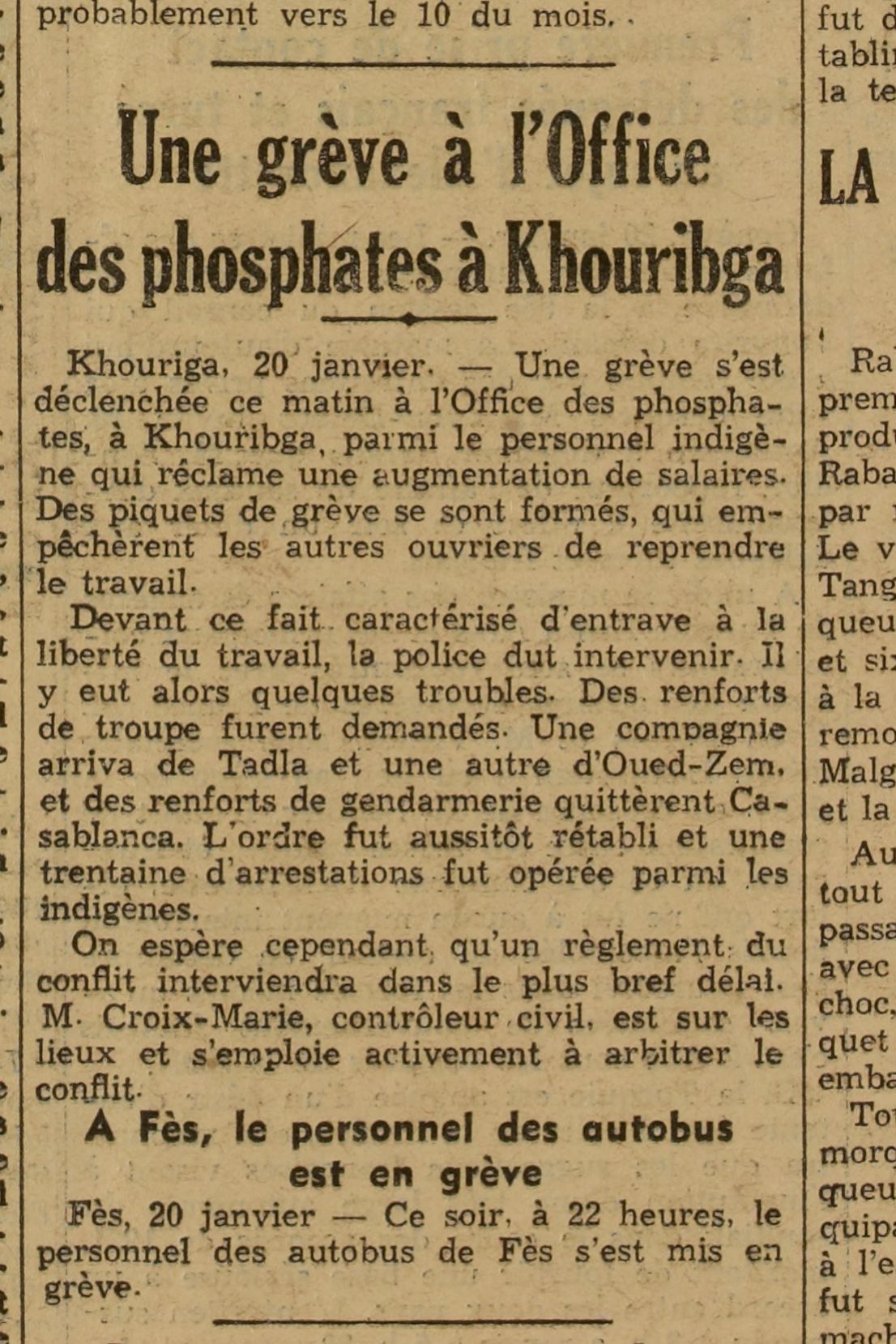