End of the Second World War in Europe

Morocco was bearing the brunt of the consequences from the Second World War. Several years of drought combined with the introduction of rationing led to a dramatic famine. The year 1946 continues to be known as "3am ajjou3," the year of hunger in Arabic. 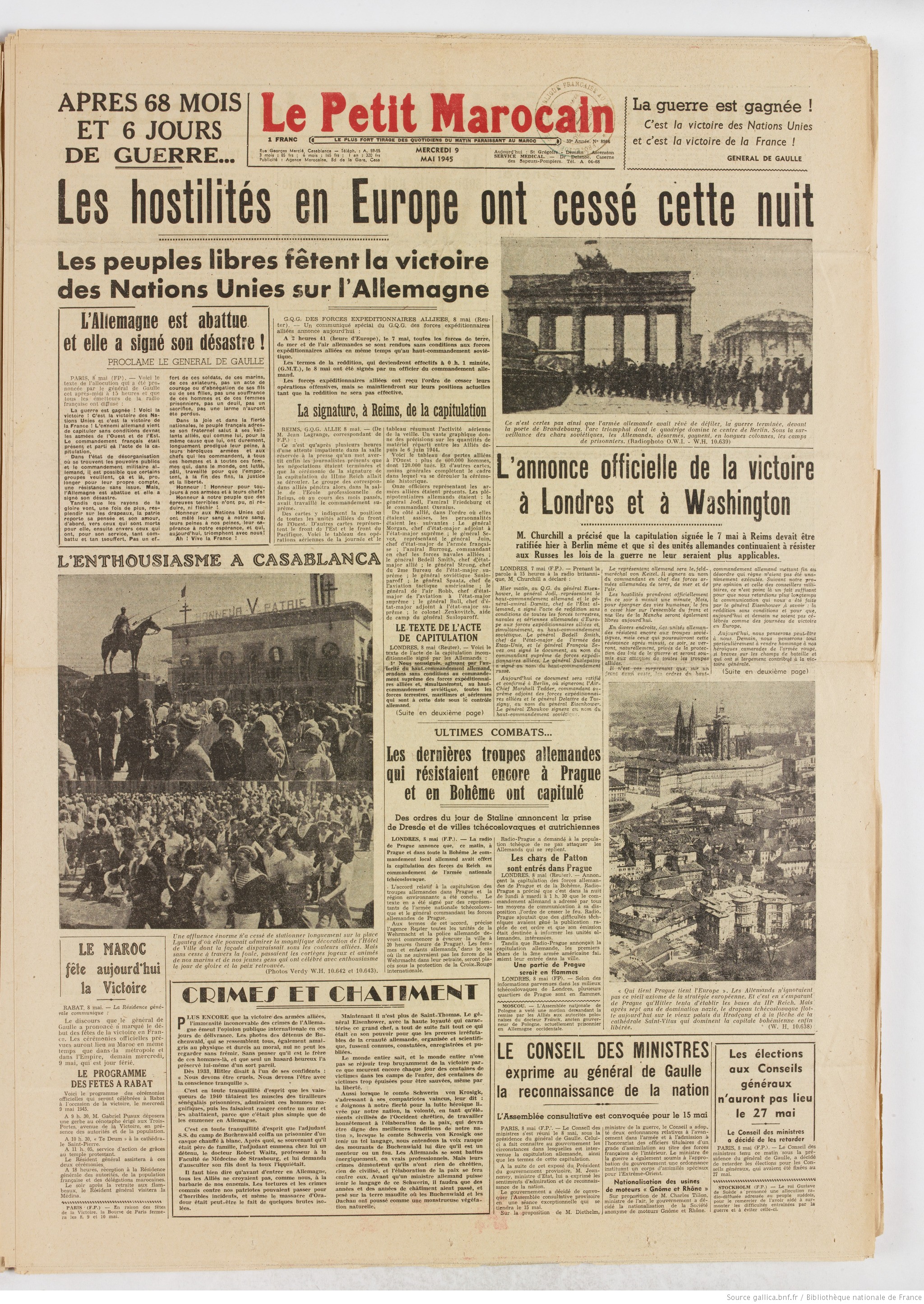