Two years after the outbreak of the Revolution of the King and the People following the deposition and exile of Sultan Mohammed Ben Youssef, the violent riots in Oued Zem were suppressed in blood by the French army. Several OCP workers were among the rioters. These tragic events, which have marked the memory of the region, have also prompted the French authorities to change their policy in Morocco. 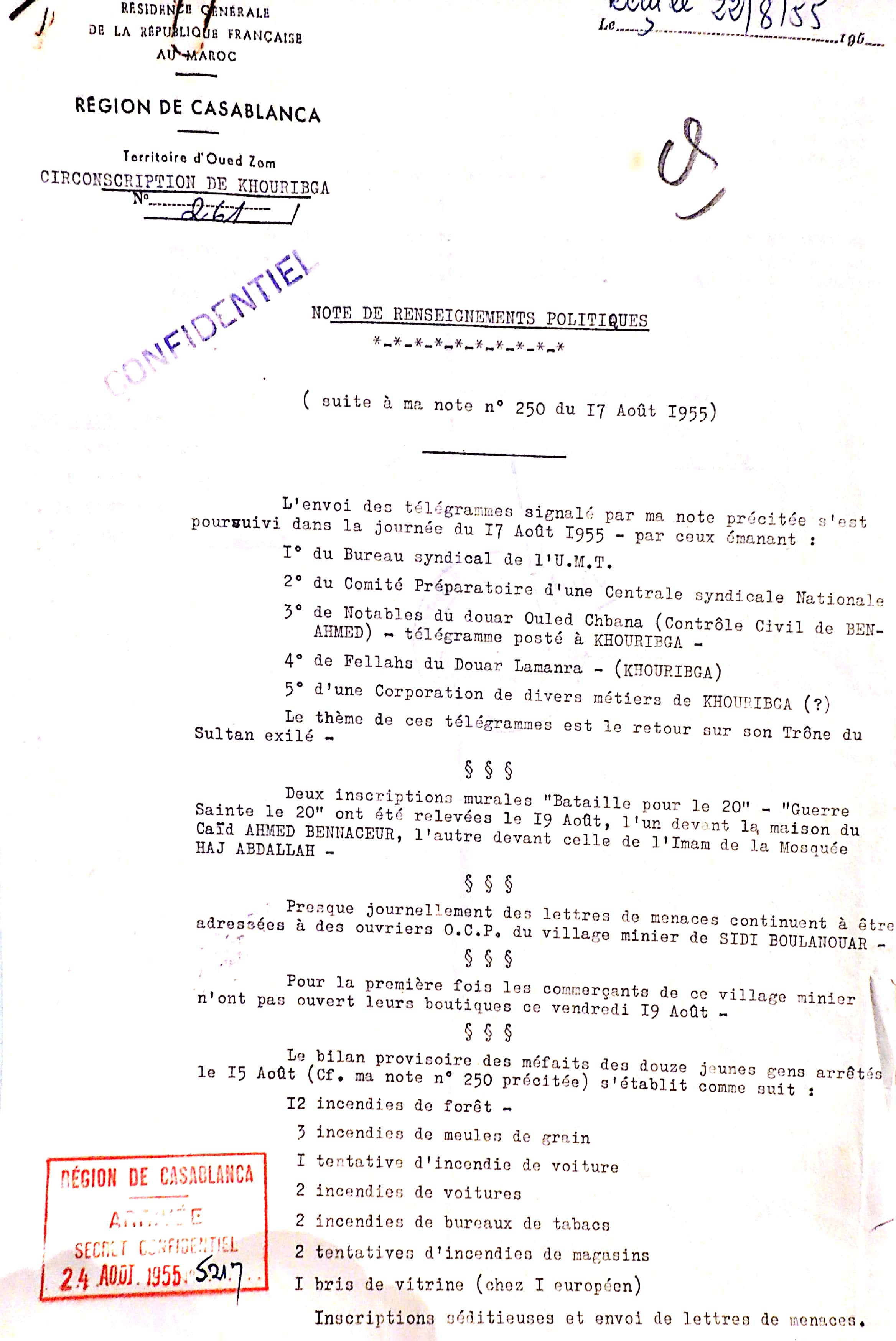