The price of phosphates was soaring by this time. This unexpected windfall for both Morocco and OCP was obtained due to an offensive trade policy allowing for many investments. But in the end, this operation, which saw the price of phosphate significantly increase from $16 to $68 per ton, had an ephemeral impact. The collapse of prices in 1976 demonstrated to Moroccan officials the urgency to position themselves on the derivatives market rather than the raw material one. 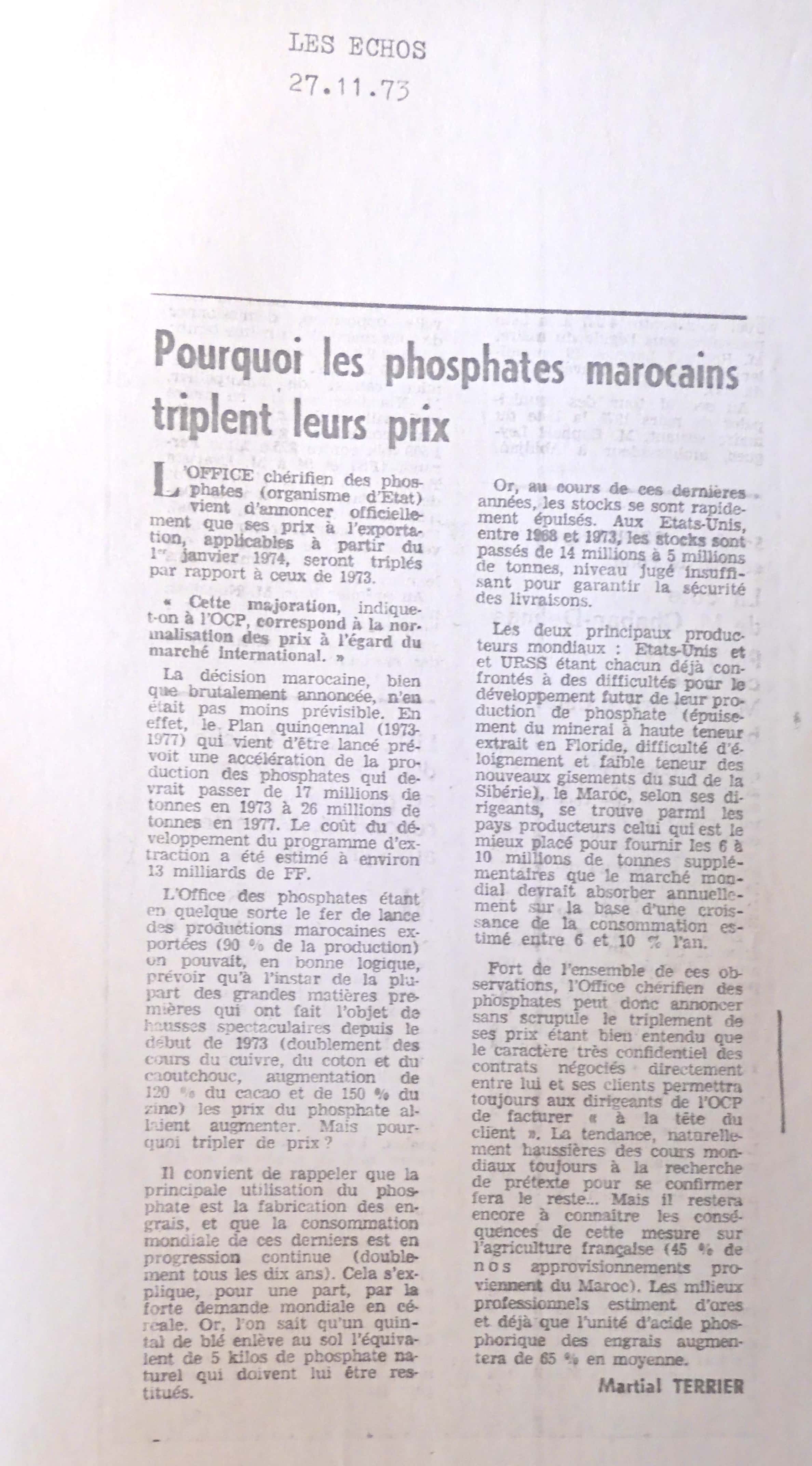 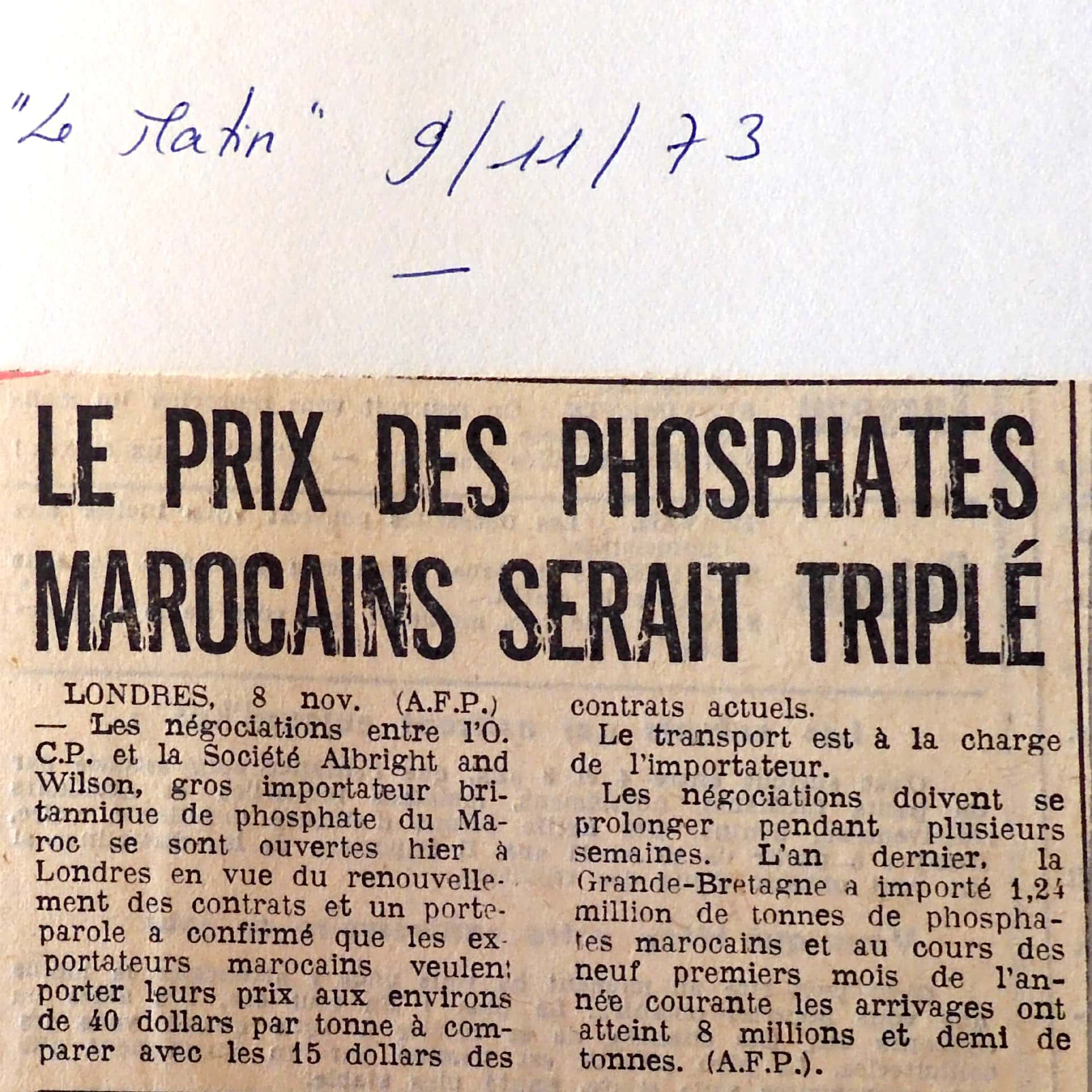 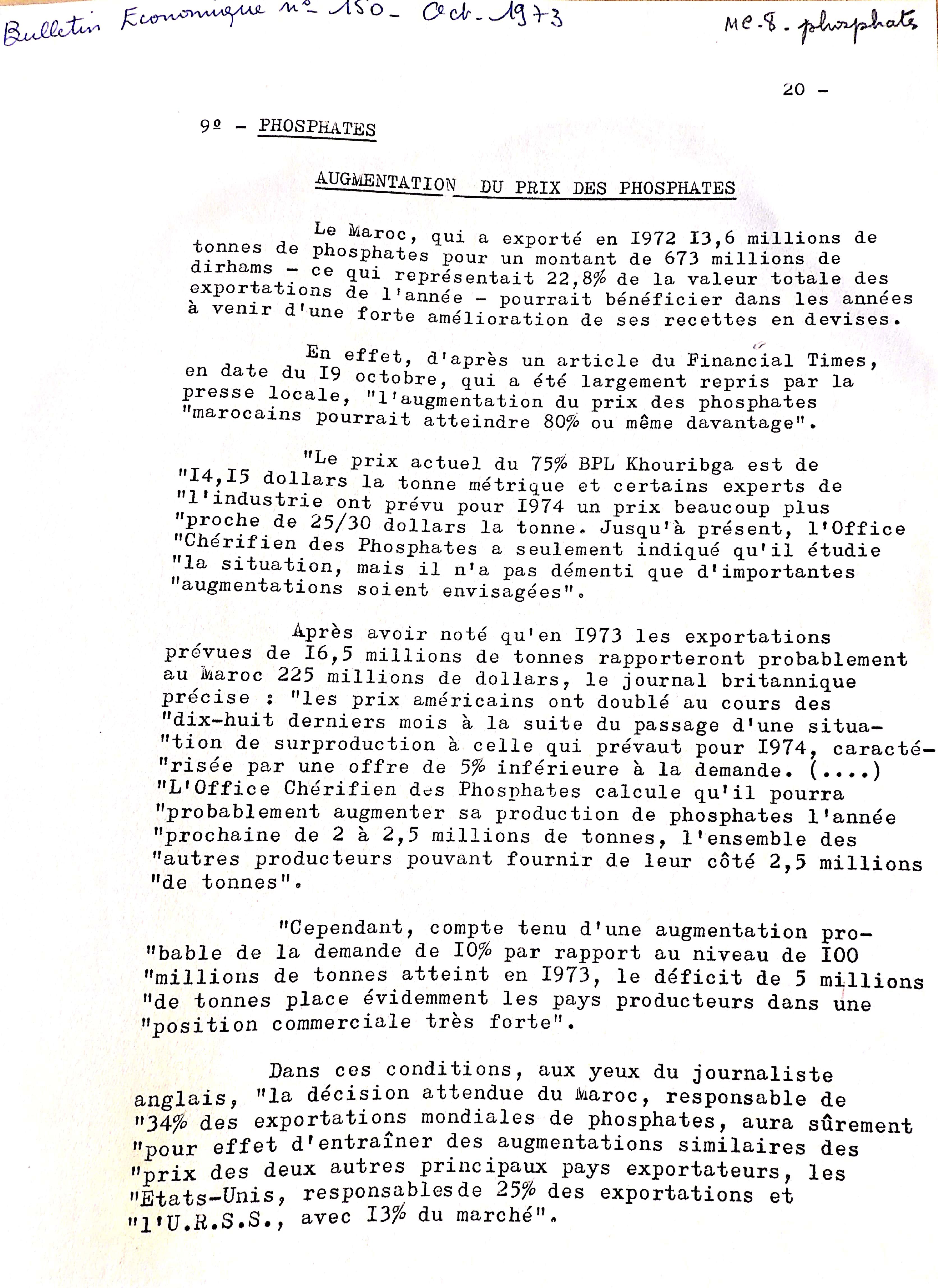